September 28, 2011 By John Hargaden Comments are Off

Unoccupied buildings can lead to an increase in Legionnaires’ disease, if the owners or managers of buildings fail to put in place control measures.

Speaking at a seminar last March, 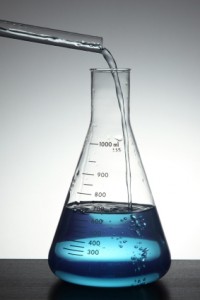 senior HSA inspector Darren Arkins drew attention to the
risks that arise from buildings being unoccupied,
unused or closed for protracted periods.
He explained that if a water system remains inactive for long periods, harmful bacteria can start to proliferate within the stagnant water. There is likely to be a lower water turnover, which can lead to an increased risk but a lower exposure (which will decrease the risk).
He added that inspection may be reduced, decreasing the frequency of exposure, but any works carried out would involve contact with water which has become stale or stagnant, increasing the risk of exposure.

LEGIONNAIRES’ DISEASE
Legionnaires’ disease is a potentially fatal disease caused by aerobic bacteria, usually legionella pneumophila. This is an aquatic organism that thrives at temperatures between 25 and 45 degrees Celsius. They do not appear to multiply below 20 degrees Celsius and are killed within a few minutes above 60 degrees.

Legionnaires’ disease acquired its name from an outbreak which occurred when American Legion veterans were attending a convention in 1976. Over 200 people were given medical treatment and 34 died.
Outbreaks of Legionnaires’ disease are linked to contaminated water. Infections often occur in poorly ventilated areas, often after inhaling airborne particles containing the bacteria. Those at higher risk are males over 40, smokers and those who may be immune-compromised.

This danger of Legionnaires’ disease is currently more pressing than usual, because the poor property market means that a large number of properties are currently being managed by administrators.

CONTROL MEASURES
Having signalled the danger, Mr Arkins outlined the control measures that should be undertaken. A written scheme for controlling exposure should be prepared. This should include: descriptions of the hot and cold water system; details of who is responsible for carrying out risk assessments; details of the safe and correct operation of the system; the checks that will be carried out; and how often the checks will be carried out and who will carry them out. The training of responsible persons should be set out in the written control procedures.

Dealing with prevention methods, he said the most commonly used method of reducing the risk of an outbreak of legionella in hot and cold water systems is temperature control. Also, outlets which are not in regular use should be flushed and redundant pipework should be cut back. Control can be achieved by keeping water systems clean, preventing stagnation and maintaining water temperatures that prevent or minimise legionella growth. However, he warned that “control will only be achieved if all the control measures are in place”.

Mr Arkins points out that the duties of employers and those in control of buildings are set out clearly in the legislation relating to managing risk of biological agents, including Legionella bacteria. Apart from the SHWW Act 2005 and the General Application Regulations 2007, employers and those in control of buildings should refer to the Biological Agents Regulations 1994 (SI 146/1994), as amended by the Biological Amendment Regulations 1998 (SI 248/1998) and the Chemical Agents Regulations (SI 619/2001)