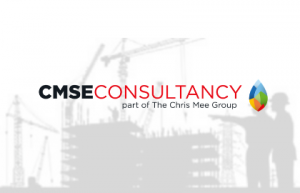 The Chris Mee Group has been delivering safety management and project safety services to our clients across multitude of sectors for over 20 years.

Our consultants add value to our clients in every sector by improving systems of work. These, in turn, lead to improved design process, construction, maintenance and operational systems. In addition to improving safety our better planning leads to improved productivity and quality leading to better commercial performance for our clients. .If you have a question about our consultancy service please click HERE.

Chris Mee Group has become a key partner of the film production companies in Ireland. This has taken many forms. The most common of these is to act as the safety advisor for the production – advising the Line Producer and crew, to ensure everyone comes home safely. Another role is that of PSDP (Project Supervisor Design Process). The PSDP’s job is to ensure that good safety is embedded into the construction design. While they are more usually spotted around building construction sites, they are equally necessary on film production sites – where substantial construction teams are at work building film sets that bring the movie to life. 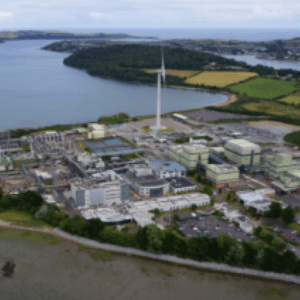 GSK, one of the world’s leading healthcare companies, employs over 1,700 people across four locations in Ireland – Dungarvan, Cork, Sligo and Dublin.  GSK  export Irish made products to over 70 countries worldwide and contribute over €1.6 billion in  Irish exports per year. Chris Mee Group staff have been working with GSK on the Ringaskiddy site, Cork since 1999.  We currently support the GSK site operation by way of Consultancy and training services.  In addition we supply recruitment support to the site. We have a large number of construction safety engineers, specialist safety personnel and safety officers seconded to the GSK Project department in addition to construction and operational departments.We provide the ERT teams with a seconded in ERT manager on a part-time basis and we take the headache out of managing the site ERT.  We also train all the shift teams both on-site and at our dedicated Fire Training Centre at Ringaskiddy.  Read More–> 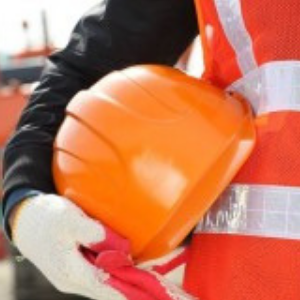 Henkel operates globally with a well-balanced and diversified portfolio of adhesive technology, health & beauty  and home care products. In 2017 the company reported sales of approx. €20 billion. Henkel’s brands and technologies are used in many different applications and industries and Henkel is the name behind many well-known brands such as Loctite, Pritt, Sellotape, Schwarzkopf, Right Guard, Bloo,.Colour Catcher and Dylon Dyes. Henkel currently employs approximately 950 employees in the UK & Ireland across six sites, which include manufacturing, R&D and office facilities.  Henkel Ireland Operations and Research Ltd located in Tallaght and Ballyfermot is a Technology Centre of Excellence for Chemical Regulation and Product Safety as well as pharmaceutical manufacturing and packaging. As part of their sustainability strategy 2030 Henkel set specific targetsfor the period 2016-2020 to reduce CO2 emissions of its production sites.  Read More –> 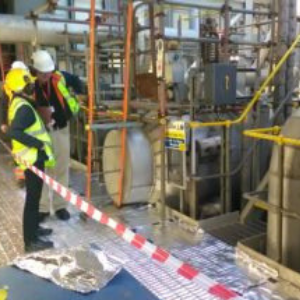 ESB Dublin Bay Power Plant, formerly known as Synergen, is a Combined Cycle Gas Turbine (CCGT) power generating station consisting of a single shaft configuration with one Alstom GT26B gas turbine, one Stork horizontal flow heat recovery steam generator (HRSG) boiler and a three stage Alstom steam turbine with intermediate reheat. The gas turbine has duel fuel capability and can operate on both Natural Gas and Distillate Oil. The plant was commissioned in 2002 and has been primarily in operation as a base load plant. A major overhaul of the power plant was undertaken in September 2016. One of the Health and Safety requirements for the overhaul project was for 24×7 emergency response cover during the 2 month project. The scope also included the active involvement of the ERT services in the support of the entire safety effort at a time when the numbers of personnel increased from an average of 30 to over 300.  Read More –> 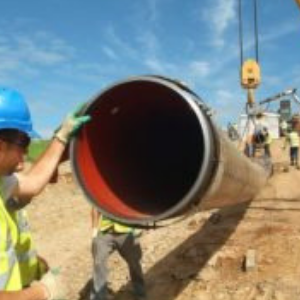 Natural gas accounts for 30% of Ireland’s total primary energy requirements.  Natural gas also forms a critical part for Ireland’s electricity generation, with 52% of the country’s annual electricity produced from natural gas. Gas Networks Ireland, part of Ervia, own, operate, build and maintain the natural gas network in Ireland and connect all customers to the network. Their core purpose is to ensure that over 688,000 homes and businesses receive a safe, efficient and secure supply of natural gas, 24 hours a day, 365 .days a year across their 4,172km pipeline network including interconnects to Scotland, Northern Ireland and the Isle  of Man. In line with the Commission for Regulation of Utilities policies, Gas Networks Jreland maintain, construct and extend the network to the highest international safety standards. Gas Networks Ireland recognise that the measurement of health and safety performance is essential. Read More–> 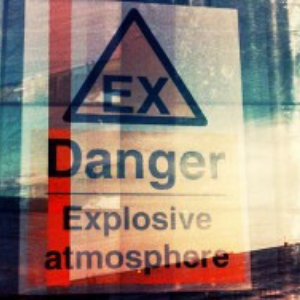 Chris Mee Group was contacted by a large manufacturing facility based in Co Kerry that uses a large amount of highly flammable solvents in their manufacturing  processes. A recent Health & Safety Authority inspection at the facility highlighted the identification, management and control of explosive atmospheres as an area for review and improvement. Chris Mee Group met with the client team for initial on-site meeting and preliminary review of the flammable substances used in the manufacturing operations on site.  The client was advised that the site required the preparation of an Explosion Protection Document (EPD), as required under the Safety, Health & Welfare (General Application) Regulations, 2007, Part 8 Explosive Atmospheres at Places of Work, and this work was subsequently commissioned. As part of the scope of project CMSE Consultancy undertook the following tasks..    Read More–> 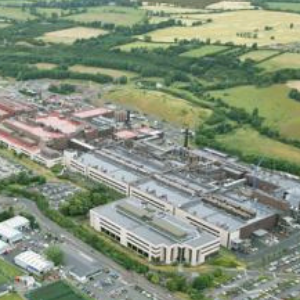 M+W Group has been operating in Ireland since 2000, applying global expertise, technology and engineering excellence to deliver some of Ireland’s most advanced manufacturing plants, life science and data centre projects. (Source M+ W Group). Intel Ireland’s Leixlip campus, located in County Kildare is one of the most technologically advanced manufacturing locations in Europe.  More than 4,500 people work at the campus and Intel is in the process of  a $5 billion campus upgrade investment. Intel maintains long-range strategic goals for EHS performance and Intel Ireland has received a NISO  Category 1 Major Award in recognition of  their effective Health and Safety Management System and also a distinction award for the 1272 Tool Install Construction Team in recognition of the team’s project workplace health and safety excellence.  Read More–> 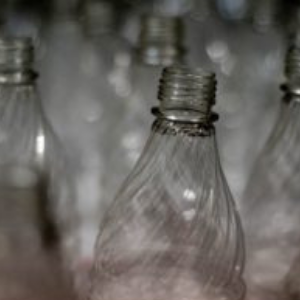 Chris Mee Group was contacted by a large drinks manufacturing facility based in Munster following an incident on their site. Their premises is located in an area that restricts any further expansion of the site resulting in high volume vehicular movements of various types in very restricted spaces. Chris Mee Group met with the client for initial on-site meeting and following an initial site survey that included a review of their traffic management arrangements and supporting documentation Chris Mee Group recommended a new Traffic Management Plan. This plan would meet legislative requirements set out in the Safety, Health & Welfare at Work Act 2005, the Safety, Health and Welfare at Work (General Application) Regulations 2007, Part 2, Chapter 2 “Use of Work Equipment” as well as current guidance and industry best practice. As part of the scope of project Chris Mee Group undertook the following tasks…  Read More –> 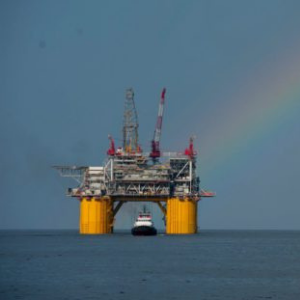 The Corrib gas project is one of the most significant engineering projects ever undertaken in Ireland. Located some 83 kilometres off the northwest coast of County Mayo, this medium sized gas field will be developed as a subsea ‘tie-back’ facility, connected by a pipeline to an onshore processing terminal. The Corrib Gas Partners are Shell E&P Ireland Limited (45% – Operator), Statoil Exploration (Ireland) Limited (36.5%) and Vermilion Energy (18.5%). The offshore sub-sea infrastructure, the offshore pipeline, and the terminal at Bellanaboy are substantially completed. Construction of the onshore pipeline, which includes a tunnel under Sruwaddacon Bay is now well under way. The laying of the offshore umbilical between the landfall at Glengad and the Corrib subsea manifold was completed summer 2013. Minimising environmental impact is central to the entire project and every effort will ne made to ensure the lightest possible environmental footprint at all times. Read More –> 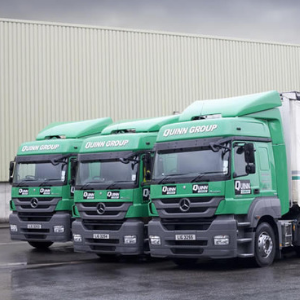 The Transportation and Storage Sector covers a range of work activities such as land transport, storage and warehousing and postal and courier activities.  Official figures indicate that upwards of 93,000 people are employed in this sector.  According to the HSA the fatal accident rate for this sector is the third highest (after construction and agriculture) with an average rate of 5.45 per 100,000 employed. For Quinn Group, Chris Mee Group carried out a Group Wide Audit of their Safety Management Systems. Vehicles at work continue to be a major cause of fatal and major injuries. Estimates suggest that up to one-third of all road traffic accidents involve someone who is at work at the time. In addition to road traffic safety  other key issues the industry faces include manual handling of freight, falls, securing loads and onsite traffic management. Read More –>