Over 150 Naval Personnel May Have Suffered Asbestos Exposure 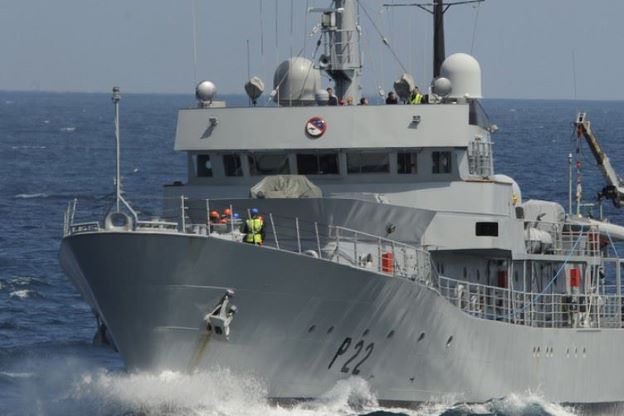 More than 150 Naval Service personnel and civilian workers could have potentially come in contact with asbestos as the crisis deepens over the extent of exposure to the life-threatening substance.

Half of the fleet has now been affected.

Both PDFORRA, which represents naval enlisted personnel, and Siptu, which represents a number of the civilian workers who work on maintaining the eight-strong fleet, have expressed concern after it emerged a fourth ship was now locked down over asbestos fears.

According to sources, LÉ Eithne, which went into service in 1984 and was the last naval ship built at Verlome dockyard, is tied up at the naval headquarters in Haulbowline, Co Cork, amid concern that there’s asbestos in her forward pump room.

If tests prove positive, she will be the fourth vessel to have the potentially fatal substance found onboard.
A Naval Service spokesman admitted an “initial examination of her (technical/design) drawings “indicated an area of potential concern” and this was being dealt with “as a precaution” in accordance with HSA guidelines.
Just over a week ago, the aging LÉ Aoife was found to have asbestos in a gasket in one of her two engines.
It was the second time within days that asbestos had been discovered onboard the same vessel.

PDFORRA general secretary Gerry Rooney said she was brought in off patrol to the naval dockyard where the gasket was removed. She went back on patrol last Monday night. Her sister ship, LÉ Aisling, has yet to be swept for asbestos, but this will be done shortly.

Both the LÉ Ciara and LÉ Orla remain out of service after asbestos was found on both vessels a number of weeks ago.
Mr Rooney said it was possible more than 100 members of the Defence Forces could have been exposed to asbestos in recent months, particularly aboard ships and in the base’s workshops where the substance was being ground down.
PDFORRA legal representatives had sought assurances from the Department of Defence that it would provide all necessary medical attention into the future for any enlisted men who might develop health problems as a result of the exposure.

Meanwhile, Siptu said it was informed yesterday by department officials that health screening would start within the coming days for civilian workers who may also have been exposed.

Siptu’s Jason Palmer, who represents 25 workers potentially exposed on the LÉ Ciara, said there could be many more civilian workers who came in contact with the substance onboard the ships over the years and some may even have retired.

Mr Palmer said he was also informed that recommendations from the Health & Safety Authority would be implemented by the Naval Service.

He said these recommendations included “training workers in asbestos recognition and its safe removal.”
A spokesman for the Naval Service confirmed an expert contractor removed the gasket from the LÉ Aoife and undertook air monitoring for asbestos particles on the ship that found they were asbestos-free.

The Naval Service is arranging to survey the remainder of the fleet including the LÉ Aisling for asbestos.
The spokesman added that the Naval Service is “currently engaged” with its personnel “to further inform them on these issues and address their concerns in a proactive manner.”