What Is Bitcoin? And how is it adversely affecting the environment?

Bitcoin is one of over 1000 cryptocurrencies – an uncontrolled form of digital currency, created and held electronically. It isn’t tied to a bank or a government.

How does the value of Bitcoin increase?

What does the Growth rate of Bitcoin have to do with the environment?

Bitcoin is produced by “Miners” (people or companies), running computers all around the world. Software solves complex mathematical problems providing the producer with a line of computer code.

With the increase in Bitcoin value, the puzzles to unlock become increasingly more difficult, thus requiring more computer power to solve them.

How Much Does Bitcoin Really Affect Energy Consumption?

Due to the anonymous nature of Bitcoin, a true figure would be almost impossible to calculate. 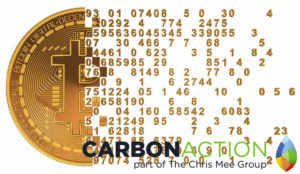 Dutch bitcoin analyst Alex de Vries operates a Bitcoin Energy Consumption Index estimates that if “miners” are using the most efficient machines possible, the lowest amount of electricity they could possibly be using is 13 terawatt hours which is equal to the entire country of Slovenia. Less conservative estimates show that it could double as much – equal to Ireland’s consumption!

Vries notes that the problem is getting worse, estimating that the energy consumed rose by 20% in the final weeks of 2017!

According to Digiconomist the calculated CO2 emissions per each Bitcoin transaction is 162.48 kg of CO2e. To further damage the atmosphere and increase Global Warming the same report states “Bitcoin’s biggest problem is not even its massive energy consumption, but that the network is mostly fueled by coal-fired power plants in China. Coal-based electricity is available at very low rates in this country. Even with a conservative emission factor, this results in an extreme carbon footprint for each unique Bitcoin transaction”.

For those of us whose knowledge is a little hazy on Bitcoin – try this simplified description:
In essence, the creation of a new Bitcoin requires the performance of a complex calculation that has no value except to show that it has been done. The crucial feature, as is common in cryptography, is that the calculation in question is very difficult to perform, but, once done, is easy to verify.

In the early days of Bitcoin, the computations in question could be performed on ordinary personal computers. Nowadays, however, ‘miners’ use special purpose machines optimised for the particular algorithms used by Bitcoin. With these machines, the primary cost of the system is the electricity used to run it. That means, of course, that the only way to be profitable as a miner is to have access to the cheapest possible sources of electricity.

The Chris Mee Group are a leading provider of environmental related training and consultancy services in UK, Ireland & abroad.
If you have any questions regarding Emission, Data or energy Training or consultancy please do not hesitate to contact one of our experienced Consultants at Parkway Business Centre, Ballymount, Dublin 24 OR Email us at [email protected]

Sources:
How is bitcoin affecting the environment
Bitcoin energy consumption
Bitcoins are a waster of energy