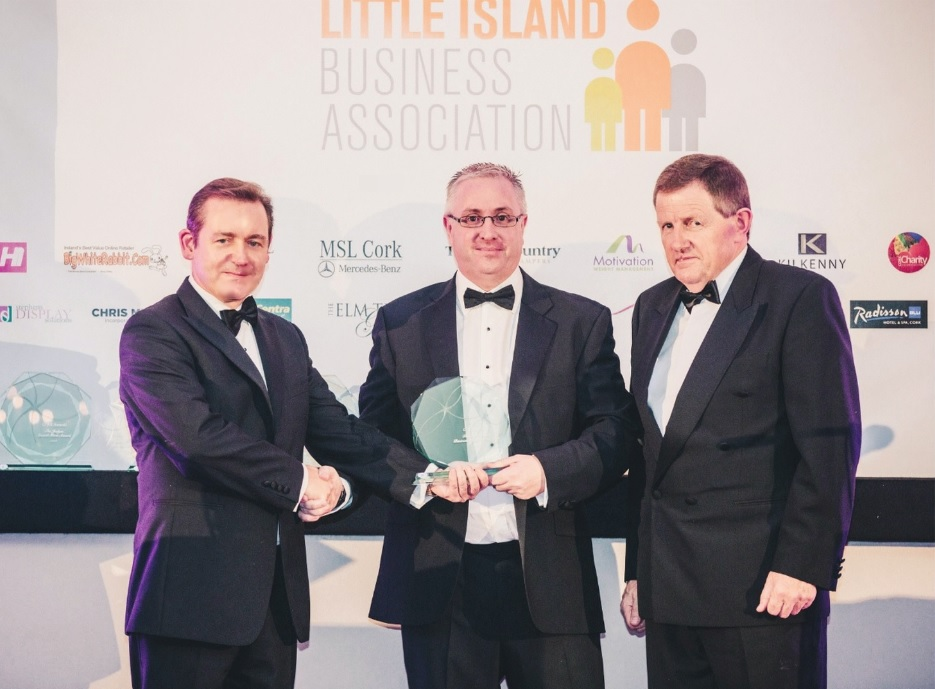 November 25, 2014 By Niall Scriven No comments yet

There are close to 1,000 businesses operating in Little Island, at present employing over 15,000 people. The Little Island Business Association was formed to promote and market Little Island locally, nationally and internationally, as well as to provide a platform for businesses in the area to network and do more business.

Master of Ceremonies for the evening was Martina O’ Donoghue of C103/96FM. Guests of honour on the night were Mr. Dara Murphy TD, Minister for European Affairs, The Mayor of the County of Cork Cllr. Alan Coleman and The Lord Mayor of Cork Cllr. Mary Shields.

In November 2013, Chris Mee Managing Director of the Chris Mee Group, accepted the first ever award for “Business Person Of The Year”. This year he had the honor of passing that same award on to Niall Brown, managing director of NB Shipping. It was Nialls’ second year being nominated for the prestigious award. NB Shipping is an Independent Irish owned Freight Forwarding Company providing International Sea, Air & Road transport services.

The full list of LIBA 2014 award winners are as follows: