Domestic dwellings to come within the scope of the Construction Regulations from next June.

November 28, 2012 By John Hargaden No comments yet 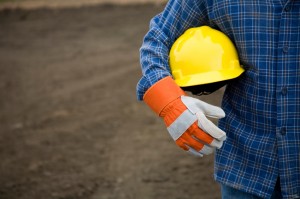 Domestic dwellings will come within the scope of the Construction Regulations from next June following the Government’s announcement last Friday that the definition of client will be expanded to include householders.

In a two-pronged approach to deal with the threat of legal action by the European Commission to apply the Mobile Sites Directive to domestic dwellings the Government  announced on Friday that it has signed the Construction (Amendment) Regulations 2012, which provide that from June 1st 2013 householders carrying out construction work on domestic dwellings that takes longer than 30 days or 500 person days or that involves special risks will be clients under the Construction Regulations.

The new requirements are:
• That project supervisors (design and construction), designers and contractors who are appointed by a client in relation to construction work on a domestic dwelling, must demonstrate to the client that they are competent and will allocate adequate resources to the project (draft reg. 6.7)
• That clients who are having construction work carried out on a domestic dwelling do not have to provide a copy of the safety and health plan to those being considered/tendering for the role of project supervisor construction stage
• That a contractor who is not aware of the appointment of project supervisors must promptly inform the client of his/her duty to make appointments
• The words “or competent trainer” have been added in relation to trainee shotfirers
• Minimum requirements on particulars to be notified to the HSA by the PSCS before work begins
• A new category of person has been added to the list to be trained under the CSC scheme: persons assisting in the implementation of health and safety at roadworks.

The repealed provisions of the Construction Regulations 2006 (as amended by the 2008 and 2010 Regulations) are:
• The duty on the client to notify the HSA of construction work intended to last longer than 30 days or 500 person days
• That PSDP do not have to keep the safety and health plan for five years
• The obligation on the PSDP to notify the HSA if a designer or contractor has not carried out directions
• The PSCS no longer has to keep available for inspection the names of persons at work at the construction site nor has the PSCS to keep records and documents relating to accidents or dangerous occurrences
• The obligation on the PSCS to notify the HSA if a contractor or designer is not carrying out directions and to keep copies of directions

The HSA is inviting public comment on the proposed new regulations, which can be accessed by clicking on the following linkhttp://consultation.hsa.ie/general-applications/default.asp.  The closing date for submitting comments is December 14th.