Concern over future for H&S training, post FAS and FETAC

February 14, 2012 By John Hargaden Comments are Off

Concern is being expressed about the future 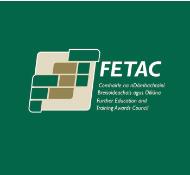 for health and safety training, as the Government pursues legislation to disband FAS and merge FETAC into the proposed Qualifications and Quality Assurance Authority of Ireland.

Government Plans:
One of the reasons for the concerns that are being expressed is that the Government’s plans, while outlined, have not been spelled out in detail.
Indeed, it is worth noting that a consultation paper published by the Department of Education and Skills on the establishment of a new further education and training body, to be called SOLAS, makes no reference to health and safety training, statutory or otherwise.

In response to a query from HSR, the Department of Education states that all references in health and safety legislation to FETAC will be taken to be references to the QQAAI. The proposed Bill is currently being debated by the Oireachtas. It is at committee stage.

The Government’s plans to disband FAS, while they have received a lot more attention, are not nearly as far advanced. What the Government has said is that FAS will be disbanded in 2012 and that the first phase of this process has been achieved, with the transfer of its employment services to the Department of Social Protection.

The second part, which is the part that impacts on health and safety training, is the establishment of a new Body, to be called SOLAS, and the merging of FAS’s current training provision with the VECs to form 16 local education and training boards. SOLAS will not have a training delivery role.

However, the legislation to give effect to these plans has yet to be drafted. Indeed, the Government has not yet approved the heads of a Bill to give effect to the plans. What the Department of Education has said to HSR is: “The impact of these changes is the subject of detailed discussions between FETAC, FAS and the Departments of Education and Skills and Jobs, Enterprise and Innovation.
As part of these discussions FETAC is currently reviewing the certification of CSCS and QSCS.

CMSE offer various accreditations and will continue to reach customers needs with accredited/professional courses.
Call us on 1850 315 415 to discuss any of our courses.